Unless you’ve been living in a cave for the last week or so, you’d know about Fiji’s Men’s Sevens team delivering Fiji’s first Olympic gold medal*.  This victory is a dazzling, once-in-a-lifetime moment and even sweeter for all of us who are from this beautiful country. In years to come people will say to each other “Do you remember where you were when we won the gold?’

Everyone in Fiji has a Sevens story and mine takes me back to high school. My mates and I would watch the likes of Serevi, Delasau,Viliame Satala do their thing, then we’d try to emulate their actions. They were our sporting heroes.

Fast forward to today and the names may have changed, but the passion is every bit the same. It’s a great moment that’s brought our nation together. Celebrations have erupted and believe me, they will continue for a very long time!

Note: *In 2012, Fiji’s Iliesa Delana claimed gold at the Paralympic Games in London

The Fijian magic spell had a catalyst – British coach Ben Ryan, who took on the role in September 2013.The red-haired Englishman has heroic status in Fiji.

So legendary is his role in the country’s fortunes, people have even named their kids after him. Now that he has announced his departure, they are talking about how to honor him in the most fitting way.

This fairytale has so many take-aways it could rival McDonald’s.  But in today’s post, I’d like to focus on five key teachings that individuals and businesses can learn from team Fiji’s golden journey.

Fiji has a population hovering around 900,000. Prior to the Olympics, many wouldn’t have a clue where it is, although since the gold medal it was the number 1 trending Google search in the world!

Coach Ryan says:  “I have simple leadership, we have a very simple framework of what we do. We set simple standards, everybody knows what’s going on, there’s no politics around our group of players or our management,”

The “bigger players” in sport and business can often overcomplicate the process with excessive leadership, complex management hierarchy, and analysis paralysis.

There are lots of definitions of culture, but I like Matsumoto’s (1996): ‘... the set of attitudes, values, beliefs, and behaviors shared by a group of people, but different for each individual, communicated from one generation to the next.’

How did coach Ben Ryan deal with Fiji’s culture back in 2013? He could have easily thrown his weight around, demanded things were done the British way and generally made his presence felt as the new boss. But he knew he wouldn’t have lasted long.

Instead, he took his time to get the feel of the place and understand the existing setup. He didn’t make any immediate changes to personnel or behavior. He played a long game and the results speak for themselves.

Taking this back to the world of business, how many times have we heard of a new executive being brought in and immediately trying to make their mark by enforcing immediate changes to protocol, strategy or culture? Why not take a leaf from Ryan’s book and take time to understand the culture?

The Fiji team is the embodiment of teamwork in everything they do. Even those who didn’t actually make the 12-man squad were given credit by their teammates. As Captain Osea Kolinisau put it: “We said that when we win the medal, it’s about the 24 (players) that started out the journey.”

From a business perspective, the implications are obvious. Surround yourself with great people all dedicated to the greater cause. Take time to build camaraderie. Credit every person’s contribution. You’ll reap the benefits.

4. Have a Greater Purpose

For Fiji, the gold medal was more than just a sporting achievement. In February this year Cyclone Winston devastated the country, killing 44 people and leaving many more homeless. Fiji is still coping with the aftermath of this. The rugby team’s victory has lifted spirits and brought everyone together, regardless of political allegiance.

No matter what stage your business is at, you should always look at the bigger picture. At how you can make a positive impact on people’s lives and not just make a profit.

5. Be Tough But Fair

Ryan allowed players greater freedom on the field, he also imposed strict rules off it. He monitored food portions, took away phones, banned alcohol and even breathalyzed them during tournaments. He kicked star players off the team for unacceptable behavior.  The discipline he imposed is evident in the way the players handle themselves now.

There was a scuffle in the final seconds of the quarter-finals with New Zealand. Fiji was leading 12-7. In the old days, they would probably have given away a penalty. On this occasion, Samisoni Viriviri came to the rescue of Rawaca and diffused the situation nicely.

Where business is concerned, the tough but fair policy also applies. These guidelines from Al Getler hit the nail on the head:

1. Set an expectation – You can’t be tough AFTER the fact. Set your expectation and be sure the recipient understands the expectation.
2. Correct as you go, don’t wait – If you see someone off course, tell them right away.
3. Listen – Hear the reasons why a direct report is not meeting the expectation you set.
4. Adjust – Either adjust the performance or behavior, or adjust your expectation.
5. Reward success. Discipline failure.

Taking business lessons from sport isn’t a new idea, but it’s a sound one. The Fiji team’s success is another example of how the right approach pays dividends in whatever area you apply it.

What is your greatest discovery or lesson from Rio 2016 so far? Please share your comments below. Look forward to hearing them!

You have Successfully Subscribed!

Customer Service – Going the Extra Mile or Not Giving a F*** ?

Sky Pacific: On the Horns of a Dilemma 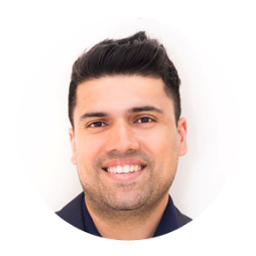